State of the Blog Address - Why I've not been blogging so much, changes and other such things 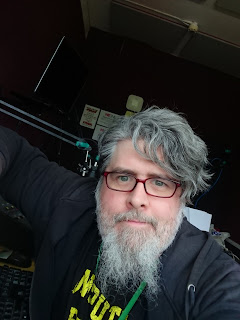 Well, it's been a while since I posted anything, just under a month since my last blog.  How times flies when your busy and such things.  There have been a lot of changes in my life, personal ones which I won't go into.  One change I can confirm is that I have left NE1FM (this happened in March as well).  Nothing big or groundbreaking to say about it.  I posted a full thank you on the Attention Please Facebook Page (you can read it here), it was just time for me to step aside.  But to be honest, everything that has happened, I've come to the realisation that I need to change some of my pursuits. 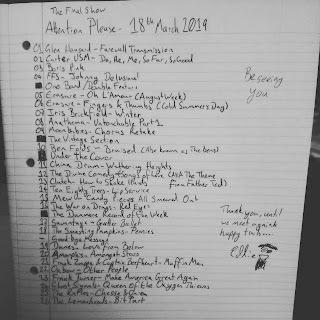 Firstly, let's look at my radio career.  Whilst I've left NE1FM, I am not going to vanish from the world.  One of the things that starting to become an issue was the amount of time I was having to spend on what was a two-hour show.  You spend time creating the show, travelling to and from the station, the social media postings, working on editing the show (had to be done by myself, not by a clear system) - it was all time-consuming.  So, when I had a family emergency, it was a way of stepping aside and take stock.  I truly miss doing the show, but not everything that was happening as well.  When I finished the show, I was not expecting to go back to radio, at least for a long while. 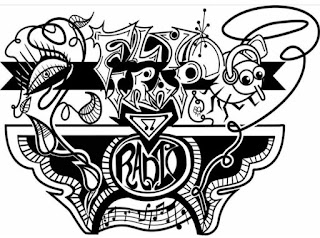 But, they say you can never keep a good man down, or in my case a hairy man.  Well, I can announce that I have been asked to supply a two-hour radio show for a station in America called Flytrap Radio.  The station is being run by Keith Chandler and Cody Gaisser of Oceanray/Lucy Stoner, it is based in Nashville (I think, never asked to be honest).  The show will be called Across the Pond, which will air on a Thursday evening UK time, as it will be available online (it will also be on the airwaves over in the USA).  It will be a heavier show compared to Attention Please, I don't have to edit the songs for swearing for one thing.  Also, the shows are going to pre-recorded!  So, no travel time required, I can also be home for my family.  A win/win situation for your's truly. 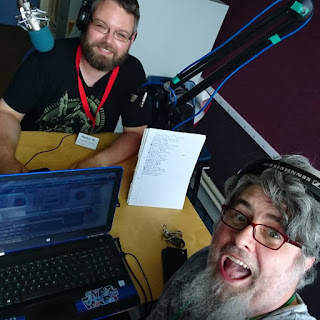 This is not my only announcement radio wise though, but the other one has to wait until I have something solid to say.  Let's us just say, I'm not gonna be quiet about it when I can say stuff.  One thing I can announce is that I will be releasing a podcast with my old blogging pal and sometimes Attention Please presenter Andy Oyston!  It will be called Then There Were Two...., each episode will focus on a general theme (films, movies, the lack of running water in Leadgate unless it's downhill), that sort of thing.  It will be a monthly podcast, with the theme tune being provided by Waheela! The first set of shows are to be recorded shortly and I will keep everyone posted.

Now, to the blogs.  The amount of time I can give towards blogging has been decimated, it's not getting any easier posting here or with Beard Gentlemen Music.  I love posting here and there, love every moment about it.  But, I can only do so much,  something has to give and it's going to be this blog.  I'm going to post exclusively with BGM now, I love being part of that team of brilliant writers, I have the freedom to pick the reviews I post and it makes so much sense to post my reviews there.  But that does not mean that I'm closing this blog down.  I'm going to change it into a general blog, posting stuff to do with my various shows and posting links to the BGM work as well.  Anything I promised for here will be posted soon, I like to keep my promises in that respect. 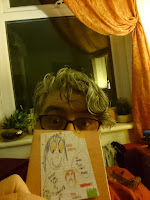 Running ATTIWLTMOWOS has been a pleasure, I truly mean that.  If it were not for this blog, I would not have been able to do all of the above.  I would not have discovered so many bands, made some great friends, got into online debates, been asked if I really got music, watched so many cyber attacks.... this blog will always have a special place in my heart.  But it's not vanishing, remember that.  It's just evolving, as my pursuits are changing direction.  You've not heard the end of me, not by a long shot.

The blog is dead....long live the blog

Unhinged from the brain of Eddie Carter at 19:43