State of the Union Address - The Lay of the Land 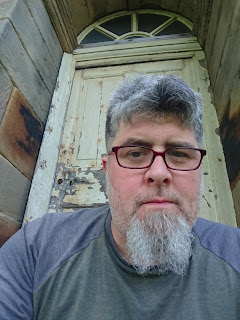 I've no idea when this photo was taken, but it was sometime last year.


Ah, it has come to that time where I get to talk about stuff…. Where to begin……

Well, some of you will have noticed that I’m not posting anywhere near as much as I have done in the past.  This time-out is down to personal life matters mostly – my real job life is busy, I’ve been catching up on TV that I've been missing.  At one point, I had the mother of all vertigo attacks.  It was akin to being drunk but without the joy of having a pint or two beforehand.  It hasn't been the best start to the year, but the timeout did give me pause for thought.

The revelation that I had was that I’ve really been spreading myself too thin.  Truth be told, I've been feeling that my reviews have become repetitive, that they have started to become tired and dull.  However, the passion for the music has not perished, that is burning as bright as always.  So, I'm going for the less is more approach.  This will probably lead to more blogs which review multiple albums.  It'll mean that I can still review the same volume, as well as have a life outside of it.  I would like to say I’m not going to stop the blog – that has never been an option for me. I’m hoping to be doing be doing this when I will have to get one of those systems that I dictate my musings via a microphone, as arthritis has claimed my hand and coffee is not an option in any form.

Another driving factor is the need to have a life outside of here but in a good way.  I have a loving wife who is a blog widow at times, two mad cats and a world that needs my attention.  Even when I had the rest of the team (sorry Luke, I’m still not rehiring), it was mostly me working on here.  So, I think I’m allowed to do this, hell – this is my own blog!

I’m still going to be producing and appearing on my radio show (as you asked, it's called Attention Please on NE1FM), but I’m working on a home production set up for the show.  The time of day that the show is on, means a lot of people can’t listen to it.  The question that's often asked is when I’m going to make it available for streaming.  The answer is soon! I’m just working on getting the tech together and as soon as that happens, it’ll be multi-media!  I'll be able to produce shows at any point, meet up with bands when it’s good for them, the benefits are endless here. It’ll make my life easier too, which is also a big win in my book.

So, things are going to change – as it should do.  To stay still is not an option, but the change must be driven by necessity and not just for the hell of it.  I love doing this blog, there is still no money involved in it, but I’m not bothered about that in a way.  If it became a full-time job, it would be so much more stressful. So, time to get to work…...sort of…...

Autoheart – I Can Build A Fire
Psy of the Dead – Alpha & Omega
Superorganism – Superorganism
Horseflies – Sea Power
Slowlight – The Only Thing I Want Is To Know What I Want
Dunes – Dunes EP 2
Mute Swimmer – Air Itself
New End Original – Thriller
Credit To The Nation – Take Dis
The NX – Ladies Night/Swingers & Roundabouts (in fact, everything they’ve done)
Soul Dissolution – Stardust
Ghost//Signals – Queen of the Oxygen Thieves
Rufio - MCMLXXXV
Unhinged from the brain of Eddie Carter at 09:07