Welcome to a round up review!  It is the first of many I will be releasing over the next few weeks, think of them like the bullet point reviews you get in magazines, short and to the point.  I did one of these last year before Christmas, mainly due to the volume of albums that were still left to review at that time of year and this is happening for similar reasons.  There are many reasons for this, the biggest reason of all is time.  Basically, there is only so much time a one man team has available to do the details blogs that I usually post on here.  So, the list of albums that I want to review, promised to review, need to review has grown.  At the moment, it is hitting north of 100 with ease and I need to get that down as there are some other releases that are coming and they need my attention as well.  Now, I will be breaking these round ups down into batches of ten, they will be minus the normal link to purchase of stream the albums (due to space) but you will be able to find these online very easily (legal links, remember - this is not that type of blog).  I will be using the same introduction to each of these blog, if only to save more time.  Thanks for reading - Eddie. 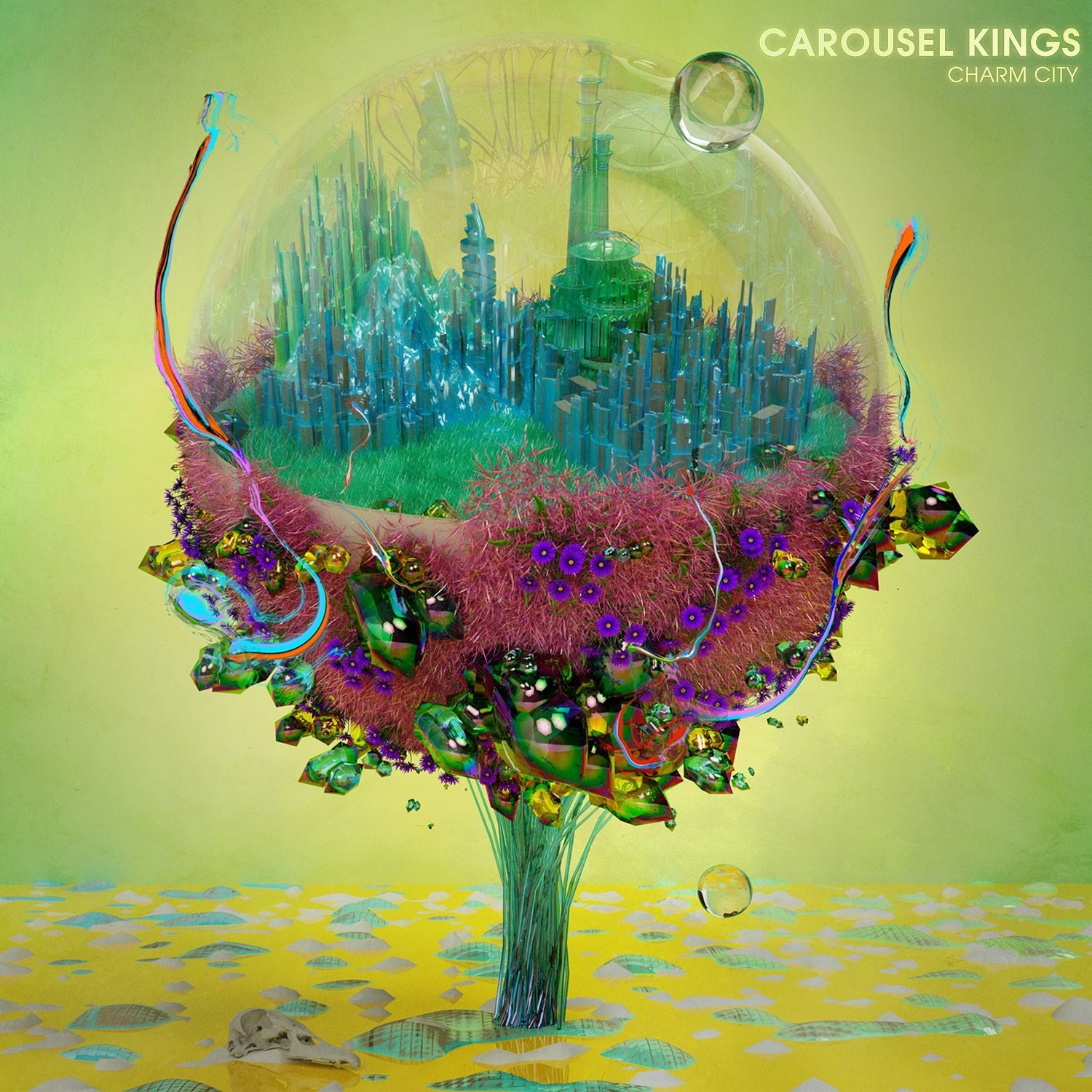 Pop punk is a genre that can go wrong all so easily, Carousel Kings thankfully seem to be aware of these pit falls and have created an excellent album with ‘Charm City’.  It is a pop-punk album that has some dark moment, a lot of attitude and some heart break in the mix.  The production is spot on, the track ordering is spot on and it is a great album.  If you like your pop punk with a heavier edge, this is the album for you.

The Jesus and Mary Chain – Damage and Joy

There is something comforting about the Jesus & Mary Chain, maybe it is that warm fuzz that drifts over you when the music starts, maybe it is the way that the vocals sound as fresh today as they were back in the day, maybe it is the way their music sounds as if it is on the verge of falling apart into a fight in the recording booth.  Whatever it is, it is good to have them back.  However, this album when compared to their earlier works is not the best example of their sound, it feels a little light in places for my taste when it comes to J&MC.  That said, it sounds a thousand times better than a lot of their contemporaries (Primal Scream, looking squarely at you on this one).

6 out of ten – Now, I see where you were going, but it is not quite there.

Top track – Song for a Secret

Me And That Man – Songs of Love and Death 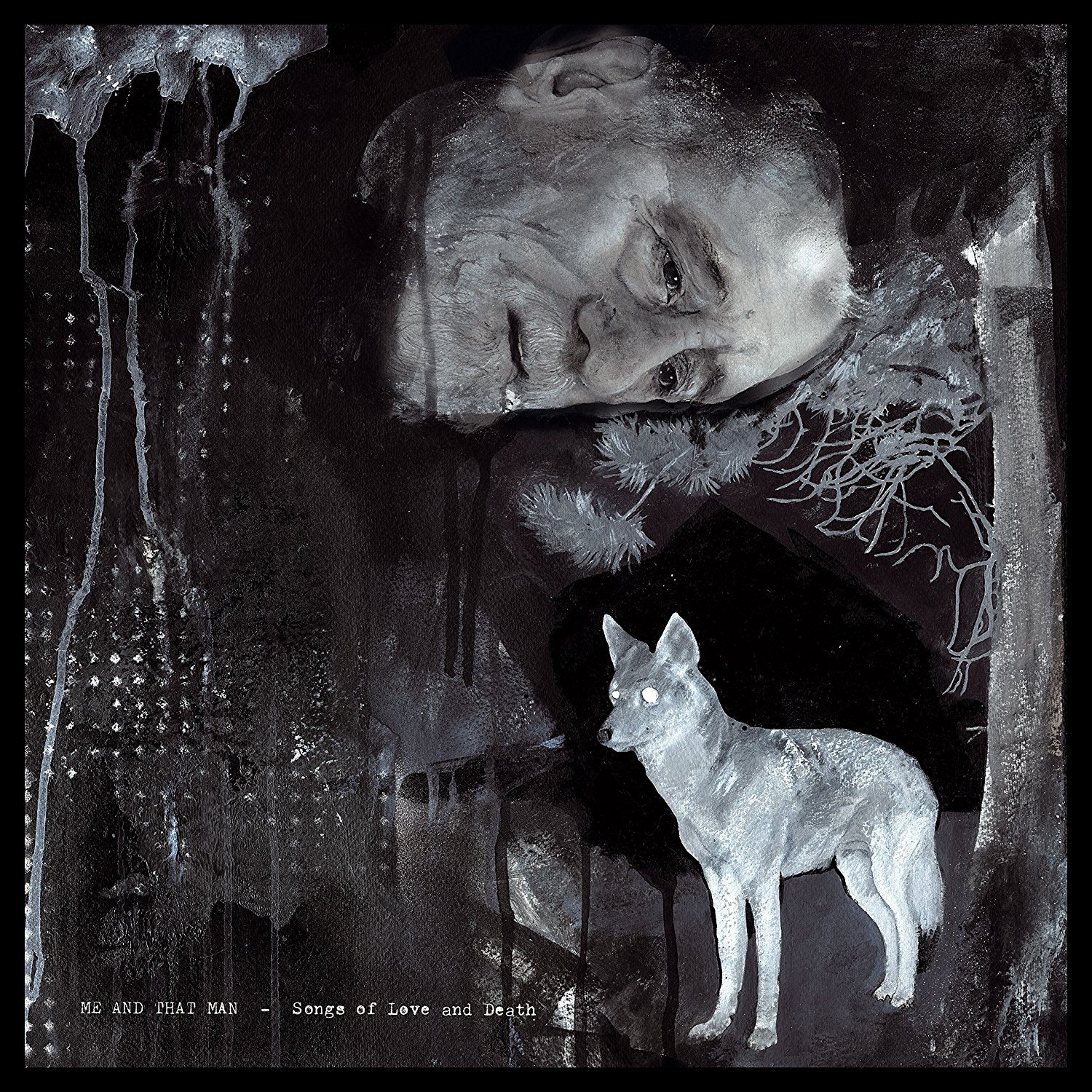 A country and western album from the man behind Behemoth, that is not something that anyone was really expecting.  After Negal’s battle against leukaemia, I am guessing he did not want to leave any stone unturned, I guess he was feeling the need to spread his wings and do something different.  So, working with John Porter they have created Me and That Man, a sort of anti-Johnny Cash album.  Basically, it is an anti-God record, but one that feels like it was created by a Christian at heart (basically, I find it hard to listen to C&W without hearing religion as it is such a big part of that scene).  I love the concept and the execution of that vision, it is a fantastic album that faces death in the eye, spits in the socket, sticks a middle finger to the skies and walks off on its own dark path.  A little preachy in places, but it would not be a C&W album if it was not a little preachy.

8.5 out of ten – Oh, now you have my attention and maybe my money, time and heart 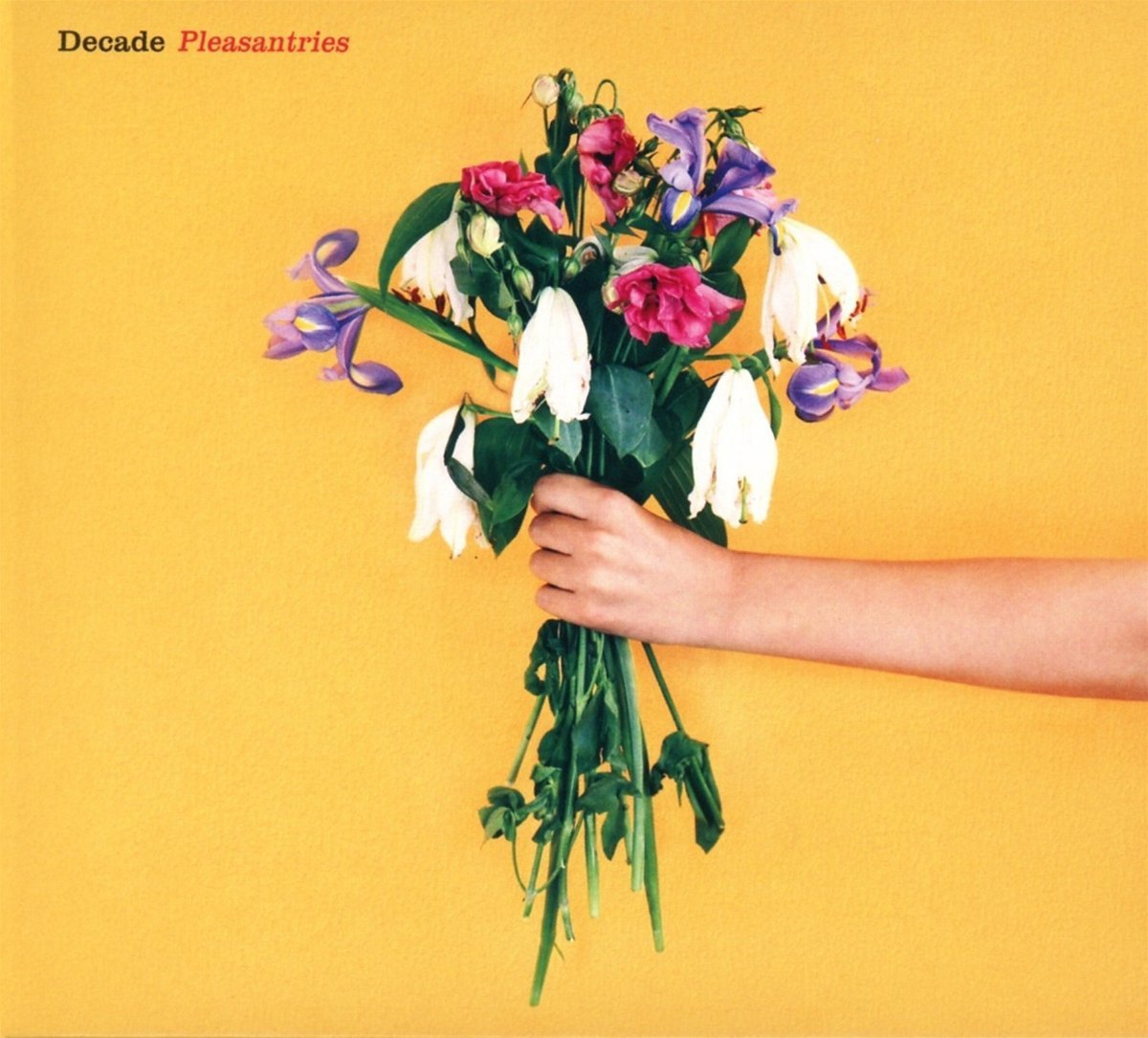 Decade are another band which came out of nowhere for me, one I found when researching for my radio show.  It is another emotional punk album, one that has its heart in the right place and it almost pulls it off, but sadly it is not quite there.  For my tastes, it stay around a little too long, maybe it could have shaved off a couple of track and had a better result.  That said, I have listened to a hell of a lot worse as well, file this one under almost there.

6 out of ten – Now I see where you were going, but it is not quite there 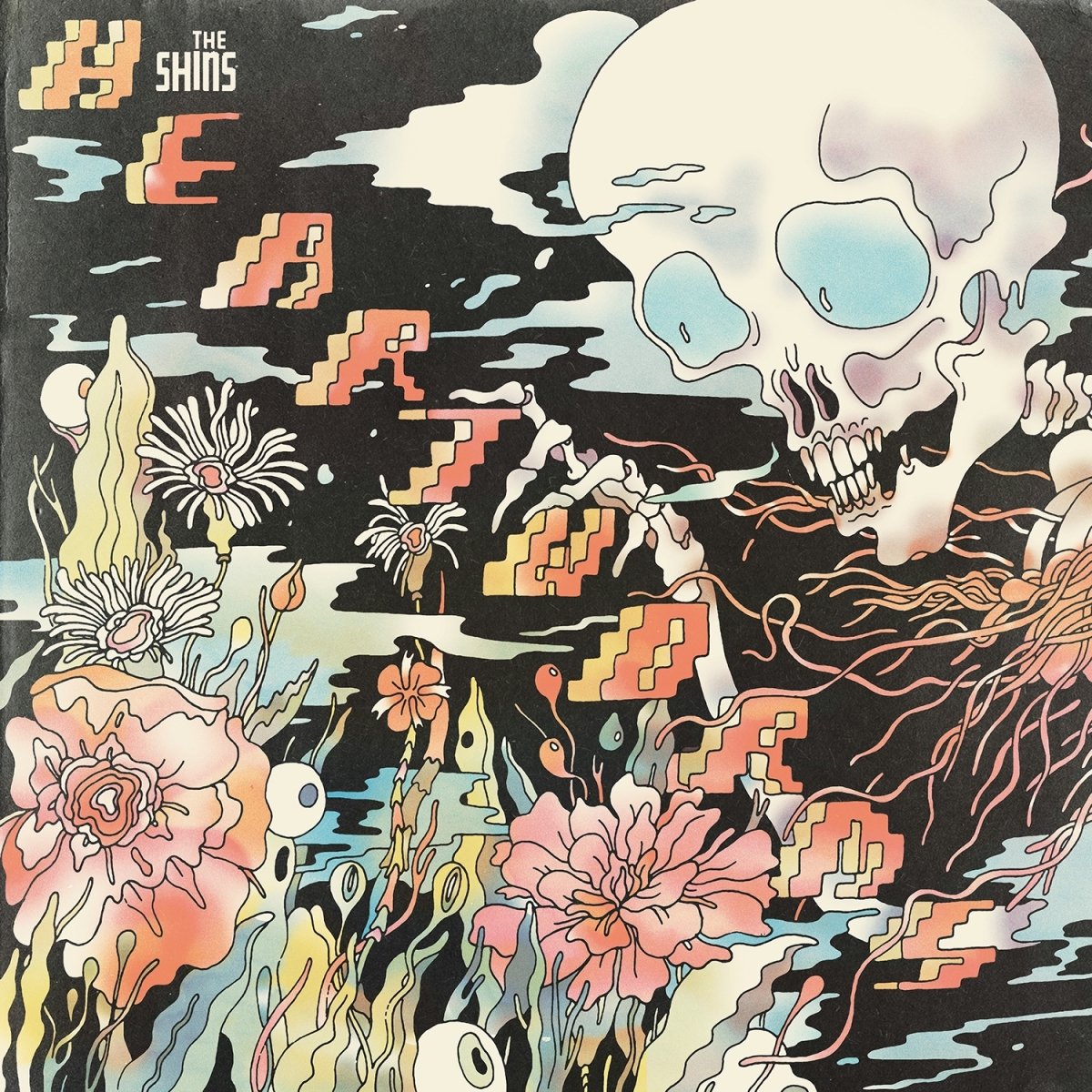 I do not understand this record, I really do not get it and I have tried.  Lord, how I have I tried.....  I have listened to this album many times now, over and over again and I just find it to be very pedestrian.  I understand it is an album about reflecting on your youth, being lost in your own growing up life and remember that the fields were greener, possibilties countless and without ending.  This reflective Indie album just feels a little too empty, as if it is trying to fill something that is long gone and it is not coming back.  I also understand that the Shins are getting a hell of a lot of praise at the moment, but something about this is passing me by.  Sometimes music that should be your type of thing is not for you, sometimes it is best to just walk away which is what I am doing now.

2 out of ten – If only there was some quality control

Top track – Name for You

All That Remains – Madness 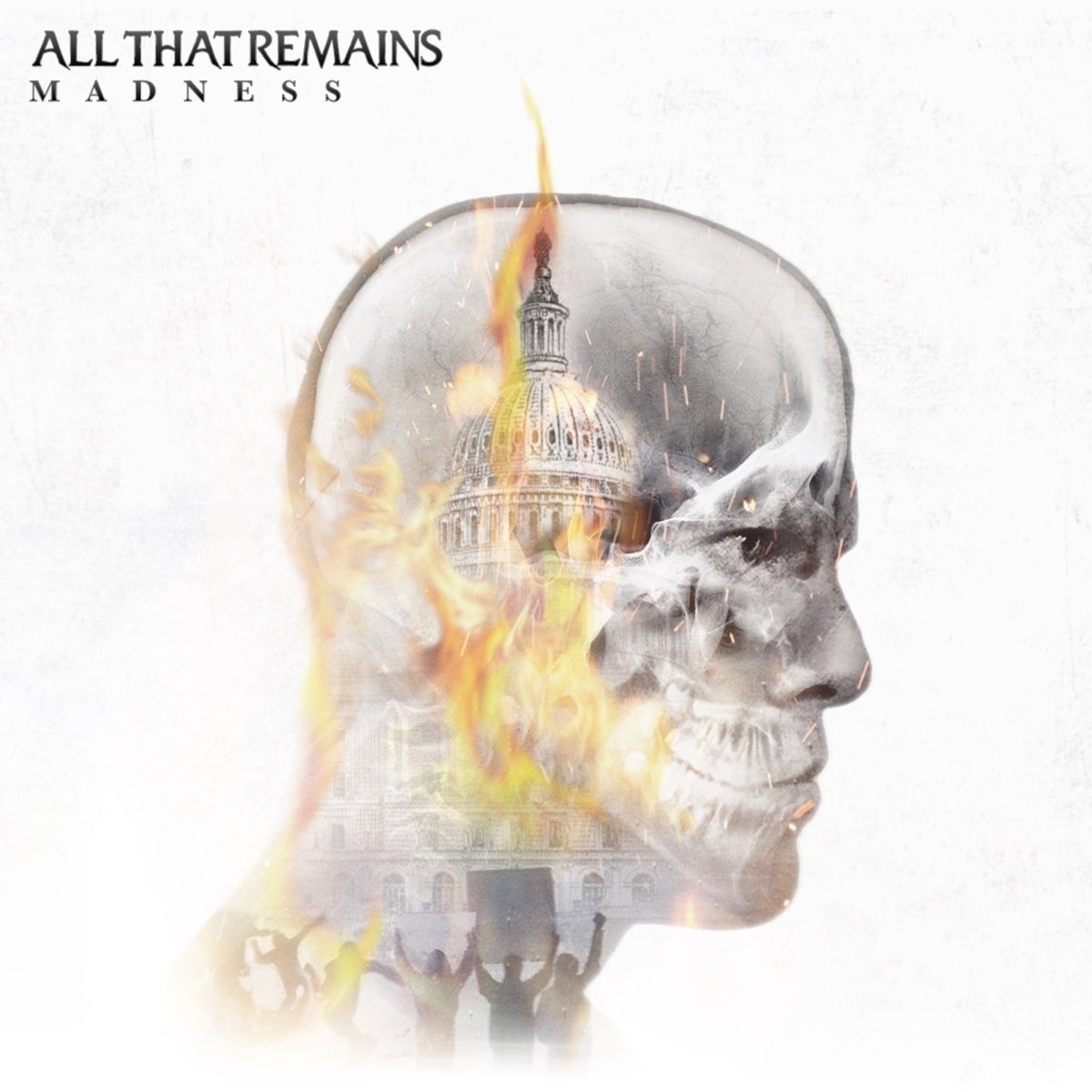 Created with famed producer Howard Benson, ‘Madness’ is the eighth studio album from All That Remains and it is the sound of a band who are currently in flux.  There are small changes to their overall sound and it is not as fluid as other releases, but it is not a poor album either.  Their next album will reveal more about where their heading and in what direction, but this album seems to catch them in the middle of a change.  It could work for them, only time will tell.

6 out of ten – Now I see where you were going, but it is not quite there

Höneybear – The Fools in the Flying Act 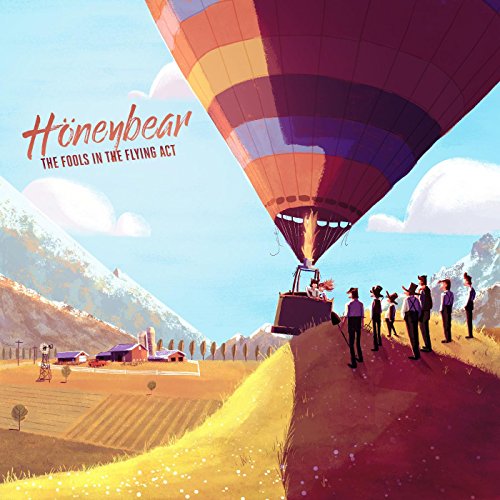 Höneybear is the pseudo name of Alex Jerome, a independent artist who is striking out on his own with a mixture of emo and metal.  It has hints of the style of My Chemical Romance, Devin Townsend and a unique vocal set that really adds a depth to this eight track release.  It is going to be for a select audience, but that audience is going to lap this up and cheer wildly.  I hope it reaches as many people as possible, it deserves to be heard. 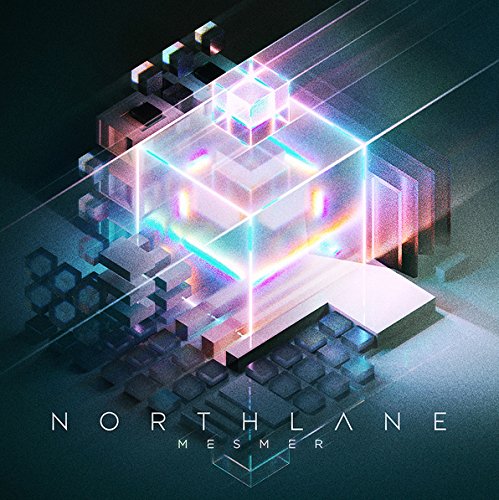 With a melodic edge to their metalcore sound, Northlane has returned with their second album ‘Mesmer’ which picks up from ‘Node’ and expanded on that theme a little bit.  To be honest, it is not that big of a leap between the two albums, but ‘Mesmer’ has a good message at the heart of the album and they still sound immense.  I think the third album will be the turning point for these guys, till then it is business as usual.

7.5 out of ten – This is good and worth checking out 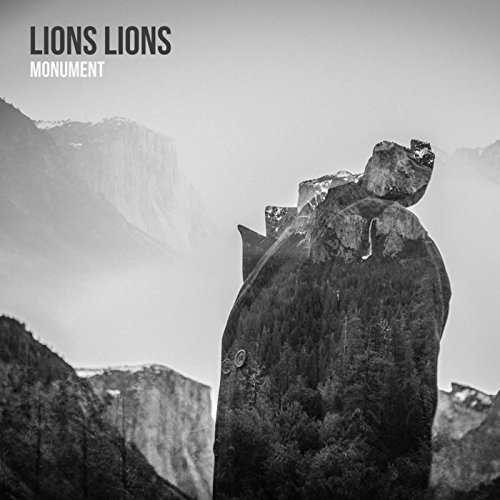 Pop punk is a genre that generally feeling as if some of the albums come with a hidden ‘use once and forget’ sticker, which is a shame as sometimes it has some top quality releases.  ‘Monument’ is one of those releases, one that has a solid sound, some great production, a hint of metal to some of the songs, a slight throw-away feeling to other number and a great idea at the centre of the record.  But when all is said and done, 'Monument' ultimately has a hell of a lot of quality, enough to give the end product its unforgetable sound.  It is one that I have had on heavy rotation whilst not blogging, I hope I can find the time to give it a full review. 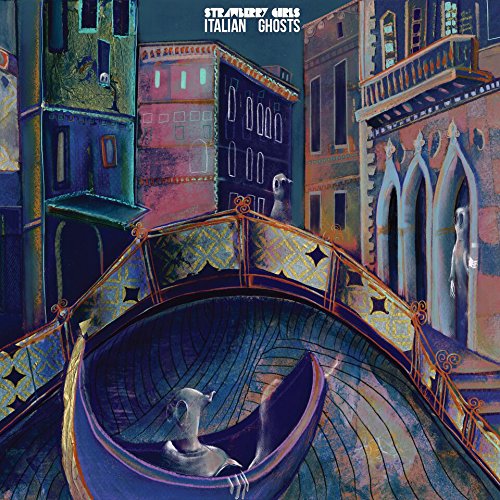 Progressive metal with a purpose, ‘Italian Ghost’ is a fantastic record that is unfortunate to be in this round-up.  They deal in largely instrumental pieces, with five of the tracks featuring guest vocalists. It is all about the dynamic of the band on this record, the way they building up the sound of the riffs, the keys, the bass and the way they manage to let the drums have their moments to shine as well.  It all comes together, combining into one of the best piece of progressive music I have heard in 2017, such a talented band.

8 out of ten – Oh, now you have my attention and maybe my money, time and heart.

Top track – Vanilla Rainforest
Unhinged from the brain of Eddie Carter at 21:13

Email ThisBlogThis!Share to TwitterShare to FacebookShare to Pinterest
Labels: 2017, All That Remains, Carousel Kings, Decade, Eddie Carter, Höneybear, Lions Lions, Me & That Man, Northlane, Round Up, Strawberry Girls, The Jesus & Mary Chain, The Shins