Ginger Wildheart - Ghost In The Tanglewood 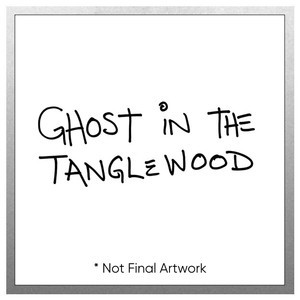 This is a review of the first Country/Folk album from Ginger Wildheart, this album has been released via Pledgemusic once again and is another sharp contrast to his recent projects – the sublime Mutation and Hey Hello! (which I still cannot get away with – sorry, it is just not for me).  This album comes at a time where there has been lots of stories surrounding the man once again; now, I want to let it be known from the beginning that unless something is directly connected to the music, this blog will not be a commentary on what has been happening.  It is not my style and I think he has earned a bit of space.  But something I will mention before I start the review is this; 10% of the total profit from this album will go to the Samaritans, a charity which Ginger writes about in the statement about the release on Pledgemusic.  I applaud this move and the inclusion of details for the Samaritans and Befrienders Worldwide (a charity which provides support for people with suicidal tendencies), sometimes people need that extra help and these are worthy causes.  Anyway, it is time to listen to the music.

A song about reaching a place where you can get help and how people in various centres end up there due to various problems.  It is a subtle number, it has a bit of a country stomp and a positive message.  It shows that even in the depths of emotional or mental problems that there are places where sanctuary and assistance can help you.  It reminds me of a folk version of ‘Forget About It’ and it is just as infectious, a great beginning to this album.

This is an old fashion line-dancing number, make no bones about it and that is also not a bad thing either.  It is a song about how help is always there if you need it and sometimes you can see it by just looking up, it could be just one person that helps you or either you help; again, I think the message is very positive on this one and it does not hide anything, sometimes people will get this sort of message through music and hopefully this will help people in such states.

This is a Geordie folk stomp, it could only have been created by someone from the North East of England as it has a Lindisfarne appeal to the music.  The message on this one is that courage is required to face your issues, that this courage is something that comes from within and that these problems can be overcame.  I enjoy the music, the message will hopefully be seen as one giving encouragement to the lost and a way to guide them to safer shores.

This song deals with memories of past events of darker moments and how they can affect the person, wishing for a braver mindset to drive the demons out.  It is a much slower number for this album, very gentle with a hint of darkness to the music as well.  It is also the song where the album title is lifted, it is a song that people will be able to identify with; whether they wish to admit it or not, but it can be hard to listen to if things were too dark (at least it would be for me).

Heartbreak and regret are the central themes of this song, it also seems to be dealing with the fallout of recent events in his life.  It is a raw number and the vocals sound hurt in places here, it combines the missing of a loved one and the lifestyle choices/working environment that is part and parcel of being in a band.  It is a hard listen to be honest and I am not here to judge who is right or wrong on this one, but the song will be one that will be opened to interpretation by fans and fellow musicians all over the world for a long while to come.

This song is an after the event number, one where something has happened and you are trying to get everything together after the fight.  It is a slow and short number, one that leaves a brief impression of how sensitive the spirit can be and that change can help.  I like it once more, but could it have been longer?  Maybe, but it is still a good song in my book.

07 – The Words Are Gonna Have To Wait

Saying goodbye is required at times, it is a sad part of life but sometimes you need distance from people who are not good for you. But this song is dealing with more than that, it is dealing with the need for space to help the thoughts fall into place and that you sometimes need a break.  As a writer, you need to be able to write the words and if that is not happening, then you need to distance yourself.  This is one of my favourite songs on the album, the music is very engaging and the slide guitar just clinches it for me.

The blues are always there when things are getting you down, it is as dependable as a Tory Government being a bunch of pricks.  Misery sometimes loves company and the blues is a great companion is perfect for those types of situations.  This is a cover of a song by Steve Earle and the song is heart-breaking, mournful and incredibly subtle; it does not do a million things at once, it does one with emotion at its heart and it is heartbreak incarnate – best song of the album, hands down.

A song about the usher of souls, the great unknown and the end of all tales – no matter what happens, Death is at the end of all of our lives and this song looks at how he treats us all the same in the end, it is incredibly short and it leaves you wanting more.

Oh my deity, this is a heartbreak and that is on this sea of emotional torrents!  With a full band in the background, the words are sung with a gentle humanity and grace that reflects the fragile state of the story.  Parting is a hard thing to do and this song is about leaving a loved one behind when you must be elsewhere.  Being a long distant parent must be a hard thing to do, I can only imagine how it must feel, but this song gives some light to how it is for the person who is away.  Whilst I prefer ‘My Old Friend The Blues’, I can see why a lot of people are hailing this as the song of the album – it really is a tearjerker.

This album is short on time, but big in heart and I applaud the effort that has been made here.  It is for the most part, an album which does not have that anger which have been fuelling other releases (or flat out denial for some records) and that is refreshing to be honest.  It will offer hope to people that you can battle your demons, sometimes you need that little piece of hope that can come in the form of music.  The folk element of this album is something that has always been hinted on songs from other releases (‘Reinventing the Wheel’, ‘Illuminating Times’, ‘We’ve Been Expecting You’ to name a few), after going all glam-pop with Hey Hello! and noise with Mutation, it was a natural thought that he would eventually find that folk rock album.  It fits the lyrical content here and it is good to see that he is finding a way to explain his demons, maybe it will help others.  So, how do I feel about it as an album, taking away the cathartic help and looking at it as a piece of art/music?  Well, I like it an awful lot; yes, it is not as mind blowing as ‘Mutation III’ and it is also one which I would hold over both Hey Hello albums (I know I am in the minority here, they just haven’t worked for me).  So, why is it only an
8 out of ten?  Well, to be honest I am sort of uncomfortable giving it a mark at all, due to the personal nature of the record.  Also, it is a hard record to listen to when everything is going well, it is very mood specific.  It is also not a perfect record in some ways, but that is part of the beauty here as it is a natural album that is just trying to make sense of the world and moving one step at a time.   There is a fragile humility to it, also for once it does not have a bucket of swearing and that is a real surprise to be honest. One thing is for sure – it will start a conversation or two, so I would recommend people go out there and purchase it.

8 out of ten – Oh, now you have my attention and maybe my money, time and heart

You can purchase Ghost In The Tanglewood (along with signed copies of the album) on Pledgemusic here.

Obviously, this album is not on streaming sites; just for the charities alone, I recommend you purchase it.
Unhinged from the brain of Eddie Carter at 20:53