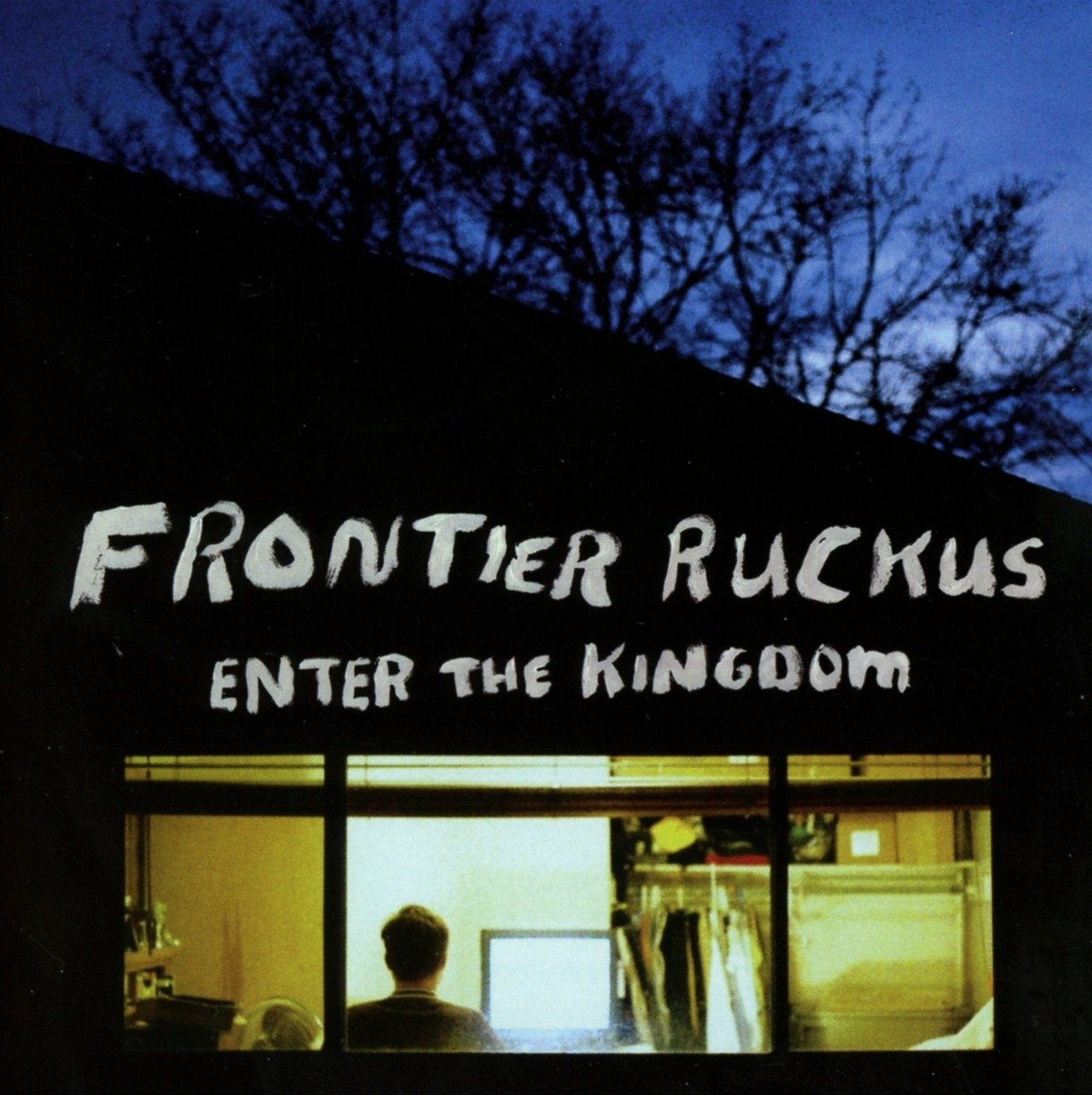 Frontier Ruckus are an Americana/Folk band from Metro Detroit, Michigan (according to Wikipedia), where they formed in 2003.  They released their first album in 2008 called 'The Orion Songbook' and have released a further four albums with 'Enter the Kingdom' being the latest.  The group tender to centre around the lyrics of Matthew Millia and tend to be reflective pieces.  'Enter the Kingdom' looks at the time when Millia's family faced an uncertain future after his father lost his job, ended up looking for jobs on Craigslist and the reality that they could be losing the family home.  The past can be a great for inspiration for Americana music, especially when it is so personal and witnessed first-hand; so how has this album turned out?

This song seems to be about feeling low, lonely, abandoned and out of sorts with the rest of the world, as if a malaise is laying heavy on your world.  There is a distance to this song, the sense of being lost and alone just adds to that feeling as the Americana music flows over the words that dominate everything about the song, but the backing tune is a beautiful piece of music for fans of the genre.

A song about the hopelessness that comes with the loss of identity and an occupation can be damning to the soul, the sadness of the situation is a malleable party to the proceedings of this song and the mournful situation has the sound track of the Gin Blossoms as well.  It has a gentle backing from the band as the strings dominate this song and it feels like a mixture or hope, desperation and loss; I like this song a lot, it has depths and drama about it.

A song about a dysfunctional relationship, a debt and all tied up in bow with a poem of hopes and dreams.  I like the fast pace to the music (in a relative sense of the word 'fast', it is after all Americana Folk that is being reviewed here), it has a driven feeling to music and it does leave a lasting impression on the listener.

04 - Our Flowers Are Still Burning

There is a feeling of either an argument, sadness or a misunderstanding; poverty can make lovers and families enemies at time and it can be hard on everyone around you.  The sunset is descending on this song, it feels like evening time and that there is a hope for the future of this one as they have a dance to this hymn to poverty, friendship and love - all of which can be derailed by the first three states I mentioned at the beginning of the review.

Home is at the centre of this, for some people it is about running away from it as they can no longer stand the situation, for others it is about staying near familiar places and not moving on from the past.  It is a strange one to be honest, contradiction in terms and its happy music is at odds with the lyrical content - of course, this means I love it as it shows how things are never straight forward.  The music is beautiful and it feels like a great song.

'Sarah Springtime' feels as if it has significant attachment, even for an Americana album.  It is a simple piece which strips out the percussion from their sound and it keeps everything very simple and to the chest.  It is a nice song, not one I would go to that much to be honest, but pleasant enough for what it is.

This is an instrumental piece that acts as a bridge for the end of the album, with a repetitive pattern to the music that focuses on the banjo and strings.  It feels as if it should be an uplifting piece, but it does not have any real impact on me to be honest and it melts straight into the next song....

.... which makes me think they should have been combined into one song.  It feels like one song anyway and splitting them up is not something that makes sense. Anyway, what we have here is a song that is a slow song with love, hope, regret and despair (also about being on the way to meet a mother).  It is a nice song with slow beat, but it does feel chopped in half on this record.


A quick and short song about things falling apart, being left behind with old technology and broken communication methods.  I love the simplicity of this one, less is indeed more on this song and it feels so beautiful.
10 - If You Can

The album stays in wistful territory here; the music is so gentle and reflective as the memories of the past are starting to creep into the mind of the singer.  It is melancholy incarnate, the mood dictates the pace and it feels like it is being played in a dream, or a slide show of memories and fading pictures.  I like it a lot, not something I always go for, but still a fragile and well sculpted number.

The album ends with the title track, 'Enter the Kingdom' which ends the album as it began - in the past and with a degree of happiness, sadness, remorse, joy and emotional release.  In keeping with the style of the record, it is as gentle as a breeze and strong as a wall.  I like this ending for this album, it fits like a glove and paints a vivid picture in your mind.

The Frontier Ruckus have created a very good Americana album here, full of melancholy, hopes fading, dreams dashed and memories coming back to life.  It is an album that is very much for fans of the genre, but those fans will lap this up and rejoice at this gentle jewel.  There are a few moments which I would have changed, merged a few songs together; but it does not stop this being a very good album.

7 out of ten - This is good and well worth checking out.

You can purchase Enter the Kingdom on Amazon here.

You can purchase Enter the Kingdom and other Frontier Ruckus works on Bandcamp here.

You can stream Enter the Kingdom on Deezer here.

You can stream Enter the Kingdom on Spotify here.

You can stream Enter the Kingdom on Tidal here.

Unhinged from the brain of Eddie Carter at 07:43