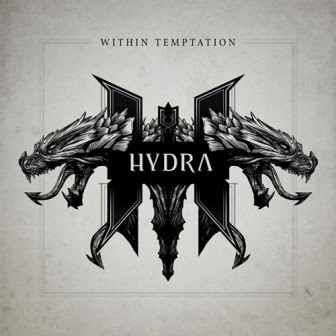 An album of intrigue and possibly baited breath. I'm actually a little nervous reviewing this as symphonic metal act from the Netherlands Within Temptation have thrown in one or two chillis outside of the genre influences for this offering early in 2014. They already had a couple of single releases as a taster late last year and now finally, we have album number six from Sharon den Adel and company. The guest list reads a curious eclectic mix of Who's Who in the musical spectrum, granted that operatic soprano and ex-Nightwish's Tarja Turunen features in Paradise (What About Us?) but they've also recruited metalcore vocalist Howard Jones as well as Soul Asylum's Dave Pirner and Xzibit. Hmm, the latter act leaves me with an air of ambivalence as far as I'm concerned as I really don't have much time for R & B and plus the term is an insult to the previous R & B genre, ie the genre championed by the likes of John Lee Hooker, Muddy Waters but to name a few.

Granted that it's 2014 and I certainly don't want to sound like an ageing narrow minded dinosaur, so I'll keep an open mind on this as the sleeve credits are the first evidence that Within Temptation are prepared to push the boat into uncharted waters. They first started out dabbling with doom and gothic metal in the mid 1990s until finding their calling in symphonic trails with their fourth album The Silent Force. I reviewed it (click on the link here to read it) and gave it a strong appraisal even if it wasn't too weighty and a touch too heavily reliant on the orchestral strings, but nevertheless I felt disappointed on hearing that they pulled the plug on a recent tour. Hopefully in the near future they can keep that window open. While no longer a touring member because of family commitments, shredder Robert Westerholt however has found the time to write and cut a few tracks with girlfriend Sharon.

As I said earlier, WT has decided to set the stall from the very beginning and have a go at becoming a little more mainstream and their objectives have been satisfied in the opener Let Us Burn. Miss den Adel takes the forefront with the confident soprano vocals that we're accustomed to hearing which the occasional lead in from Westerholt. The job's divided up equally between them and the strings backdrop before Howard Jones (not the 80s electronic soloist remember) enters the foray with a duet in the urgent and purposeful Dangerous. Not having heard much of his material with Killswitch Engage, the harmonies in the chorus are pretty impressive too and aren't badly diluted by the electronic mixing in the brief introduction and bridge. Another yay from me. Now for the Xzibit featured And We Run. It's ok (which is a British way of saying that I'm not too struck on it) and the rap works but only just. Slight dampener but I see where the metal and R & B fusion was intended to go.


Next track is Paradise (What About Us?) with the Finnish opera trained Turunen which I have a bit of a love/hate relationship with. I didn't really enjoy too much of her classical chants but she seems very adept in the Dutch camp and all instrumentation runs on all eight cylinders. Next track is Edge Of The World, with den Adel's commencement with Enya-ish chanting and indeed it does feel very earthly and ethereal for the opening two minutes before the piano backed verses lead in with the familiar boombastic strings and lead guitars before the calm after the musical storm returns. Strong contender here for a personal favourite of mine.

Midway point in Hydra here and at last Robert Westerholt brings in his guttural tones with Silver Moonlight albeit limited to the chorus, but there's no denying who the leading lady is here. It's far too good and biblical to be an album filler here as I sense with the remaining tracks, and there's a nice little quiet brief piano ballad towards the close of it. I've also enjoyed listening to Covered By Roses especially the harmonies in the second verse, the child reciting a brief verse and Westerholt's leads. Dog Days is less metal, more keyboard laden and less spiky but without losing its musical edge thankfully. Tell Me Why has a good opening riff with the return of the occasional heavy chested gutturals, and feels more drawn out and epic than the six minutes airtime that it's given. We close with The World Is Watching with alternative rocker Pirner duetting with SDA, some rare violins and a what feels like a more relaxed approach and the two vocalists are very complimentary in each other.


That said, I'm still not too sure about the rap/power metal fusion or this record would have got the full ten from me although it's not a dampener, more of a matter of personal taste. And I would've liked to have heard more growls from Robert Westerholt too. Whether you would give it the thumbs up or not rather depends on how much you embrace the diversity. As a package on the whole, very confident album from this act from the Lowlands. They've certainly consolidated their position as one of the finest symphonic metal bands and the several crossovers have I'm happy to report have added quite a lot of sparkle to to an already heady offering in Hydra, named after a Greek Mythical creature known for growing its heads again whenever they were decapitated. Fortunately, this isn't an album that's ever destined for the chop, and even in the early stages of 2014 I see it as a firm contender for album of the year.

Buy Hydra here on Amazon
Listen to the album here on Spotify
Within Temptation Official Website here
Unhinged from the brain of Marc Richardson at 13:22