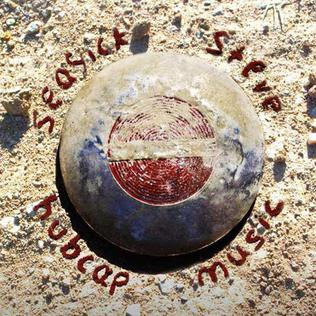 On his 6th studio album to date Steve still does the hollering and upbeat bluesy style I found so attention grabbing on his first release. But it’s tempered with a kind of beguiling country western and you get to hear him really sing, harmonising with Elizabeth Cook in "Purple Shadows" and demonstrating his vocal range in "Coast is Clear", and that is a very beautiful thing.

It’s like he's shouted out his defiance, and joyfully drummed up a raucous listen, and then let you into the secrets of his soul. Maybe he has, and maybe he hasn’t, but it feels that way to me. Maybe it does to others too because this man has a fair following and he damn well deserves it.

It’s a sophisticated album too, there’s a lot going on, he's got musicians in playing interesting stuff like pedal steel, mandolin, lap steel, sliding guitar and a cast iron frying pan-(best type of pan there is-I found this out when as I child I borrowed what I thought was my mam's 'old burnt pan' and left it in a disused alotment after I'd cooked eggs on it-it wasnt there the next day...not good). See what I did there? My stories don’t compare to his obviously but that one was true and I like his interludes, which he also does live if he has time. But that doesn’t seem to be the case on this album. Unless I've missed something, in which case I need to give it another listen. Which is no bad thing....

He is sensible and experienced enough in life to know that nothing this good can last forever, but I think he has the material to make a fantastic play at it, and is a much more worthy musician to stay for the long haul than some young image obsessed ball licking nanas out there.

You can listen to the album on Spotify here

Or if your a Deezer user, you can use this link

You can view a live set of Seasick Steve from the BBC show "Later On..." from the UK

Unhinged from the brain of Unknown at 08:33