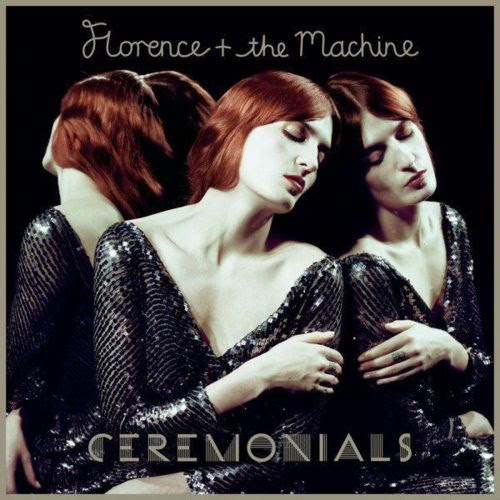 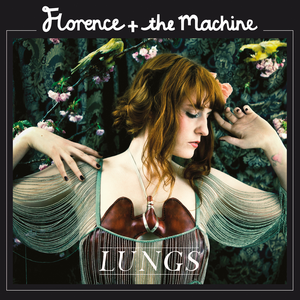 If you type Florence Welch into a search bar it comes up bristling with information and images. That’s a lot of coverage in quite a short time span. Florence is documented in several sources as having started singing at approx 11, some sources mention singing lessons, but it isn’t clear if that’s true. The album Lungs came out in July 2009, mainstream success supported by BBC introducing. Whilst her second album, Ceremonials was released in 2011. Both chart topping. How does a person deal with that? Amazing yes, but that sort of exposure...Seems she has kept herself busy with collaborations -  http://fuckyeahflorencewelch.tumblr.com/songs [accessed 27.1.14] gives a fantastic comprehensive list of works which they have thoughtfully provided links for most tracks.


Florence is undeniably an individual and that’s delightful. Her style appears to be that of a woman who has stepped out of the diaphanous gowned 70's into renaissance art gallery and absorbed the elements of the famous Ophelia painting amongst others. The theatricality of her presence and the stage set in which she performs gives an image of complete absorption. This woman is performing with all of her soul, and perhaps that is a way of connecting with the crowds, because they know it.

It’s not surprising then that Wikipedia and other sources state Florence has described Fleetwood Mack singer Stevie Nicks as a large influence on her style, and that since a young age Florence had been surrounded by art history, her mother was (is?) a Professor of Renaissance Studies and Vice-Principal for Arts and Sciences at King's College London (Wikipedia)

Florence's voice is I feel at its best when surrounded by the music of Band members : Isabella Summers – keyboards, Robert Ackroyd – lead guitar , Mark Saunders – bass guitar, percussion Tom Monger – harp, Rusty Bradshaw – keyboards, backing vocals , Christopher Lloyd Hayden – drums, backing vocals and Sam White – backing vocals. I know some won’t agree, and her acoustic sets are definitely arresting, but they seem to have an un-tethered quality that I just can’t get my head round. And that probably my problem, perhaps I don’t get the whole unleashed thing, a floating esoteric haunting voice rising tremulously and unpredictably straight to the heart is something I feel is best surrounded by equally theatrical and dare I say Epic -used in its correct form young hipsters;)-musical accompaniment.

I must admit that on first hearing this I wasn’t sure, it didn’t sit well and I couldn’t work out why. But the tracks stayed in my head, the strange thin woman in curtain like gowns with roses in her hair moving sporadically on the stage had a quality I couldn’t quite forget. She sounded like a wailing banshee, no control, no remorse, no constraint, no subtlety, everything was turned up to its loudest, and then I realised that a few days, maybe weeks later, Florence and the Machine had flown softly into my subconscious and settled there. And I realised that was the point.

My favourites on Lungs C.D 1 are Tracks 1, 2,3,7,8 and 13. I think this happened due to listening to it repeatedly in the car for a few days in a row. All are beautiful pieces, interrupted strangely by the rather bare and staccato kiss with a fist, but not spoilt by these, variation is a wonderful thing, making each track all the more poignant. Of C.D 2 I like the track 4, Falling, by Florence and Isabella-The name of Florence and the Machine is attributed to Summers and Welch's collaboration. Welch and Summers performed together for a time under the name Florence Robot/Isa Machine (ref: http://en.wikipedia.org/wiki/Isabella_Summers).

You have to rack it up a notch mentally for Florence, there’s no visible subtlety, no small talk, no niceties about the weather or what she had for lunch, the banalities and social norms slip away unnoticed, unneeded, her voice hurtles into your ears and the scene meets your eyes and the subjects are life and death, sex and violence, and you'd better be ready for it, because it blows you away.

'Lungs' is the debut studio album by English indie rock band Florence and the Machine, released on 3 July 2009 by Island Records. The album debuted at number two on the UK Albums Chart for five weeks after its release. On 10 January 2010 the album returned to number two extending its stay at the runner-up spot to six non-consecutive weeks. The following week it reached its new peak position of number one for two consecutive weeks. So far it has spent sixty-five consecutive weeks within the top forty and thirty-three of those inside the top ten. It also peaked at number two for six weeks on the Irish Albums Chart.


The album was a main contender for the 2009 Mercury Prize and received largely positive reviews from music critics. Additionally, it won the MasterCard British Album award at the 2010 BRIT Awards. 'Lungs' has sold more than three million copies worldwide.' (http://en.wikipedia.org/wiki/Lungs_(album))

For me Ceremonials is an excellent second album, it doesn’t back down, its pace seems a little less frantic, the tracks don’t ring with the joyous abandon that Lungs appears to portray at times, the tracks on Ceremonials appear darker somehow, yet more relaxed, a bit more self assured. Some appear to be Florence admitting to herself that something may have passed perhaps. The subject matter and what it had been based on may suggest a reason for this, although her work is collaboration, it has been mentioned that some of the inspiration for both came from her relationship with her now ex boyfriend. I found it easier to listen to this album more often than the first. It doesn't have the initial exhilaration that comes from hearing a band for the first time, but it carries something more. I particularly enjoy the tracks Shake it out, Never Let Me Go, No Light No Light and Seven Devils. The whole album is more fluid, the lyrics as in the first are beautiful as if taken straight from a dream, a stream of subconscious and placed on paper, sung to a rhythm and melody only the machine can provide. In her piece near the back of the C.D insert, Emma Forrest puts it more eloquently than I ever could, 'Ceremonial offers us this: melancholia in its purist, most danceable form. Singing with these tracks you will have the courage to raise your voice t the heavens, knowing that you may never get an answer.' Emma Forrest (born 26 December 1977) is a British-American journalist, novelist and screenwriter. Born in London, she currently resides in Los Angeles. (http://en.wikipedia.org/wiki/Emma_Forrest).

'(Ceremonials) received acclaim from music critics, who drew comparisons to artists such as Kate Bush, while also praising the instrumentation, Florence Welch's vocals and the production of the songs. As a critical success, it appeared on several year-end critics' lists in late 2011. Furthermore, Ceremonials received a nomination for Best Pop Vocal Album and "Shake It Out" received one for Best Pop Duo/Group Performance at the 55th Annual Grammy Awards. Ceremonials debuted at number one on the UK Albums Chart, becoming the band's second consecutive number-one album in the UK. It also debuted at number one on the Australian Albums Chart and peaked at number six on the US Billboard 200 chart, becoming the band's first top ten album in the United States of America. English novelist Emma Forrest contributed an essay to the album, which can be found in the booklet of the CD edition.

To date, six singles have been released from Ceremonials. "What the Water Gave Me" was released on 23 August 2011 as a teaser for the album, along with a music video. "Shake It Out" was released on 30 September 2011 as the album's official lead single, becoming one of the band's most commercially successful singles to date. "No Light, No Light" was released on 16 January 2012 as the second official single from the album and "Never Let Me Go" was released on 30 March 2012. "Spectrum (Say My Name)" was released on 5 July 2012 and, fuelled by a remix by Scottish DJ Calvin Harris, became Florence and the Machine's first number-one single in the UK'. Ref: http://en.wikipedia.org/wiki/Ceremonials)

You can purchase Lungs from Amazon here

You can purchase Cermonials from Amazon here

You can visit the Florence & The Machine website here

You can listen to all of Florence's work on Spotify here

Or if your a Deexer user, use this link

Unhinged from the brain of Unknown at 14:10