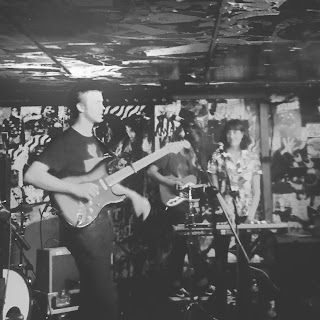 I've never done a live review before - I have been asked to do them and I tend to say no, mainly because once I am near a gig and a bar, I have a drink and all memory of what happens runs out of my mind.  But saying as I was put down for a press-pass for the Pinegrove gig at the Think Tank, it is only fair to give a review.  I would like to apologise to all the bands for the photos I took, it was done with my phone and looks as good as you would expect - but a big thanks to Gordon Armstrong for the use of one of his photos for Pinegrove.

Weakdaze started the night off with a mixture of hardcore punk and screamo which went down well with the audience.  With a lot of energy and some rough edges, it was basically songs about having a shitty day and how to deal with it.  I think there was even a stage dive or two, but the songs sort of merge into one for me - 2 out of five. 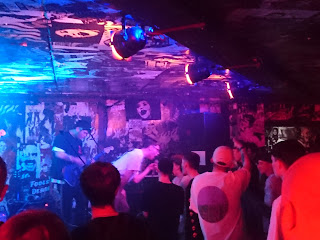 Heist come across as a cross between Arctic Monkeys and Franz Ferdinand, but with a punk energy added to the mix.  These guys came across very well and the audience received them well, I wish I knew what the names of their songs were so I could name a few as the only one I now know is Floor Light Flickers as it is on their Soundcloud page.  Definitely a band I would like to see again and hear more of their music - 4 out of five. 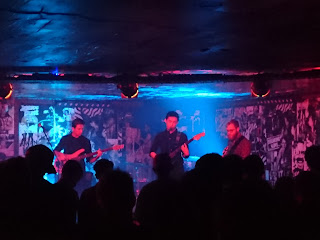 Pinegrove came on with a confidence and style that won the audience over immediately, but staying at a polite distance (always a thing with Newcastle crowds for some reason).  Concentrating on their latest release 'Cardinal', the band have the crowd singing along to 'Aphasia', 'New Friends' and 'Size of the Moon'.  Stage banter was incredibly dry and funny, requests were acknowledged and politely declined as well.  But they won me over with an alternative indie style that reminded me of Matthew Ryan, Counting Crows and a stripped back The Gaslight Anthem - 4 out of five. 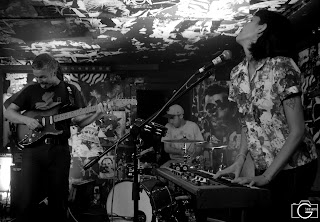 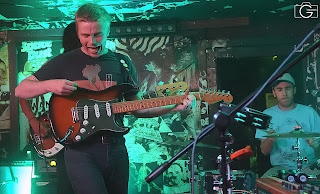 Photos of Pinegrove by Gordon Armstrong (Thanks for the use of the photos sir) & Eddie Carter (sorry for the quality of the first one).

Photos of Heist & Weakdaze by Eddie Carter (sorry for the quality).
Unhinged from the brain of Eddie Carter at 21:11