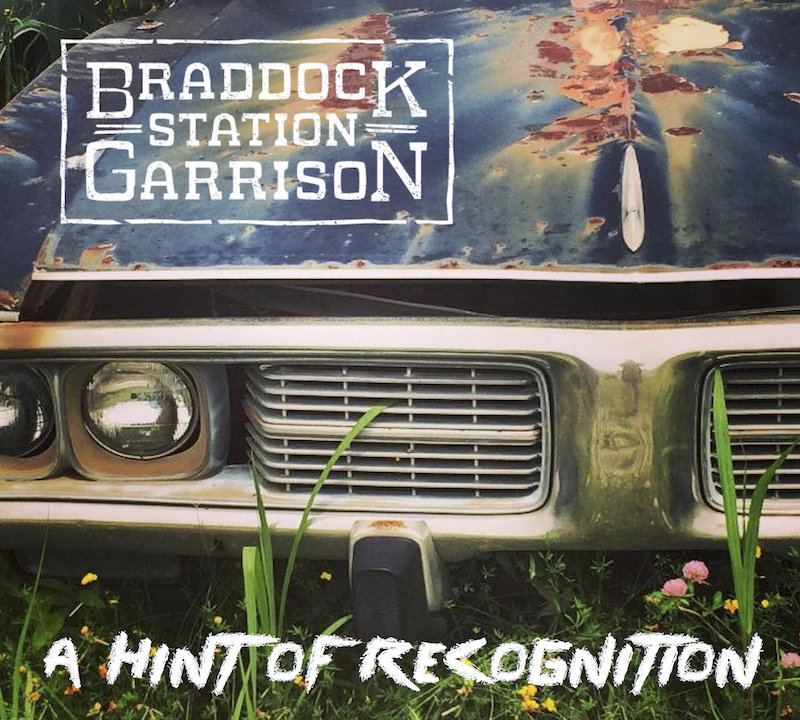 .....and we are once again back in America! After reviewing the Dot Dash album a few weeks ago, I got an email from Braddock Station Garrison asking if we would look into their latest album.  Always happy to oblige (and would also like to apologise for the delay, been one of those months), but always, I promise I will be honest so if I did not like an album I would have to say it; but all this is by the by as it is now time to make an introduction for the band.  Formed in 2011, Braddock Station Garrison is the band name for Steve Schillnger on vocals and guitars, Tom Soha on lead guitar, Michael Chapman on drums and Michael Haddad on the bass.  I did the review section before I did this section and having a look on their influences I can see the following: Tom Petty & The Heartbreakers, R.E.M., Big Star, Wilco - it is a very strong lists of bands who have a similar focus and also it is a very American list which is something I picked up on; not a bad thing but there is a sound that can only come from that country much in the same way the Black metal sounds more natural from Scandinavian bands, England seems to have the indie sound that just sounds so natural and when the style is done by an Italian band it sounds slightly wrong. So with that set of influences in place, let’s see how the album turned out....

Starting off the album is “Forgotten Teenage Dream” and immediately you can see that this band have been influenced by early R.E.M. and Mr Petty and His Heartbreakers.  This is definitely influences by American heartland rock; it is a tale of dreams from youth coming back to the forefront when you least expect it.  The wheel is not being reinvented, but that is not the point with this type of song and act; much like AC/DC and Motorhead when it comes to metal, if it ain’t broke why try to change it and this works very well.  The second track is called “She’s Too Cool” and the formula for this album looks as if it is firmly set; this tale is about the girl who is out of your league and has her sights on something else other than her surroundings.  It is more of the heartland rock which matches the lyrics with a steady soft rock solo and four/four time to keep the head nodding along.  Following on is the song called “Lies” which starts with the bass and an accusing tone from the beginning accusing a person of telling lies.  This has a blues and sixties hippy love tone to the number, it is very catchy and changes the game slightly; with the hippy vibe in places and the hurtful lyrics directed to a cheating spouse just tickles me in a way, it is one of the best songs on this release.  At the halfway point we are introduced to “Hey Cindy” which mixes early Beatles to the heartland rock, the tightrope walking through a tricky love affair is a familiar tale again and this saga of regret is no different.  Once again, it has a sense of familiarity before you get to the main section of the song; but this is not the same as it being boring, it is just traditional.

The fifth track is called “Never In Danger” and it is the longest song that the band have on this album; starting with a dark riff (comparatively to the rest of the album) this song is all about keeping a loved one safe from the bad side of the world whilst allowing them to be free at the same time.  It reminds me on 1990’s Big Country (for those who do not know, Big Country were a rock band from Scotland who had some really catchy tunes), it is another excellent song for this release and is only pipped by “Lies” due to the cheeky nature of the former; “Never In Danger” is a really good rock song that should keep their fans very happy.  Next we have “Any Day Any Way” which more traditional heartland track but with a post-grunge twist, boy loses girl and is trying to find himself but he is also feeling a little destructive as well.  The drumming is really interest here and is a good contrast to the post-grunge leanings of the tune, the riff is darker that the rest and it keeps the album going in the right direction.  The penultimate track is called “Stop & Reflect” and with its odd time signature that sometimes has the instruments jarring with each other.  It feels like the idea is almost there, almost formed and completed but the delivery is just not quite right; if there has to be a least favourite track of the album then this is regrettably the song for this record, but that does not mean it is a bad song at all – it just means I prefer the other tracks over this one.  But with that set, it does have a really subtle solo in the middle of the song as well.  However, ending the album is rock ‘n’ roll affair called “Johnny Stone Stole My Girl”; it seems to get all the themes from the album and wraps them up in a short, sharp and smartly dressed number.  It is hard not to smile when you are listening to it, even with the lyrical content as the song just sounds so happy.  It is the heartland rock equivalent to Morrissey/The Smiths and their sense of irony – intentional or not, it is a great way to end the album.

So overall what is the rub here; well there are some production quality issues if I am honest.  When the guitars has distortion on it, the fuzzy sound is quieter than the clear guitar sound in places.  Also, there is a few dropped notes and drum beats.  However, this adds to the charm of the album (also it shows that it has not been pro-tooled to fuck – well played sirs), it keeps things very charming and simple which is what this type of music needs to be; you do not want a jazz flute solo in the middle of this sound.  It has not broken the mould, but that was not the aim I feel and it does its job admirably.  Whilst it might not win many awards, it does win my respect for sticking to its gun and doing a sterling job; some people would look down on this, but fuck them – if you like heartland rock with a bit of post grunge, then do not look any further than this – it does exactly what it says on the tin and deserves that hint of recognition.

There is also a Reverbnation page for the band as well

You can purchase the album from Bandcamp here

You can stream the album on Spotify here

You can stream the album from Deezer here

You can stream the album on Tidal here
Unhinged from the brain of Eddie Carter at 17:28